The HUD as it was: 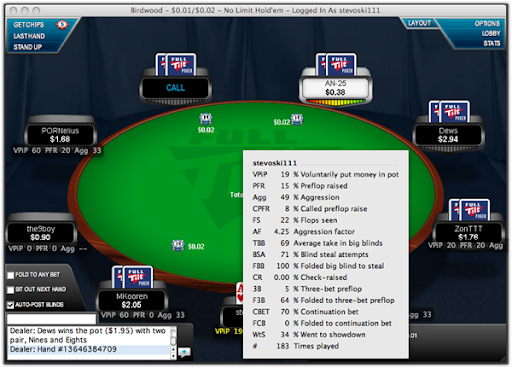 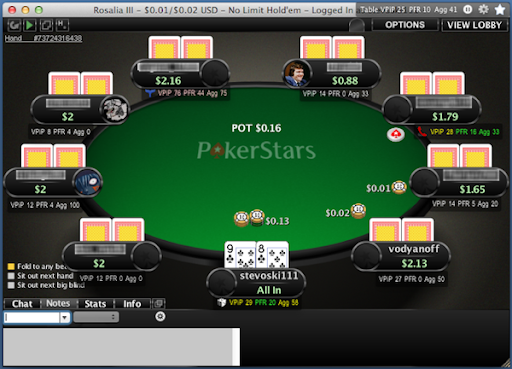 There are now player icons, colour-coded statistics, and table stats.

The hand replayer as it was: 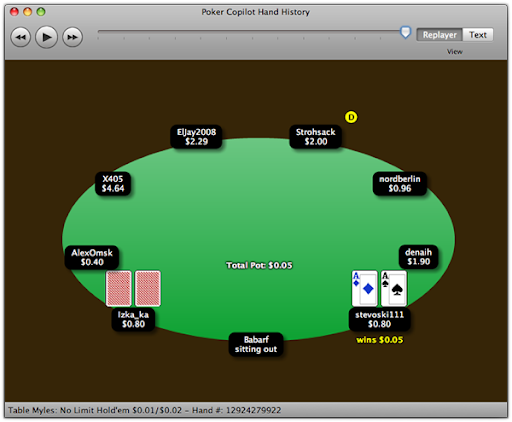 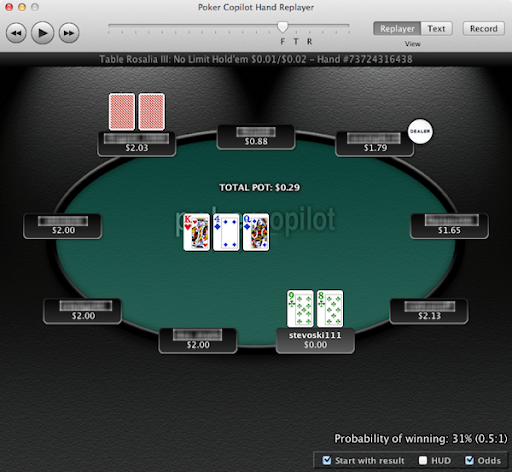 It is now sexier, it shows odds of winning, it shows the HUD stats, you can record the hand as a video, you can jump straight to the flop, turn, or river, there are keyboard shortcuts, and you can get the hand history text formatted.

Here is the bankroll chart as it is: 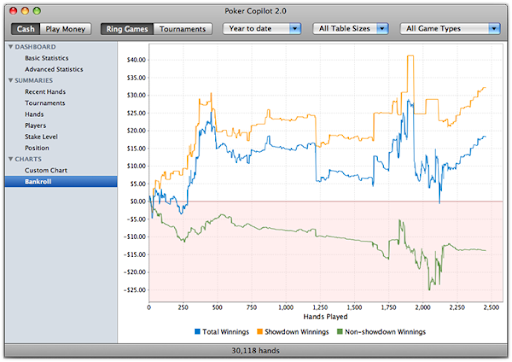 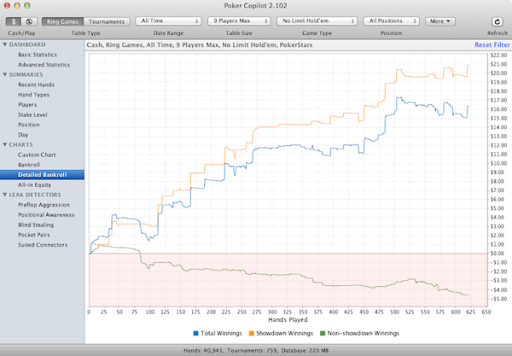 The bankroll chart has barely changed, but the screenshot lets you see how the whole interface has developed.

The following Poker Copilot translations have 60 or so new text fragments that need to be translated:

The new strings are at the bottom of each translation spreadsheet.

If you’ve helped out in the past or want to volunteer to help now, I’d be grateful.

I didn’t notice that addition to PokerStars last October: Hotkeys built-in. Although we’ve had the free BlazingStars to help with on Mac OS X, it is even better when Hotkeys are part of PokerStars itself. 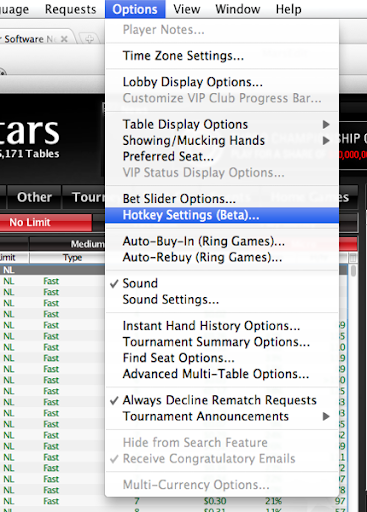 I think they’ve done a nice job in the user interface for defining Hotkeys: 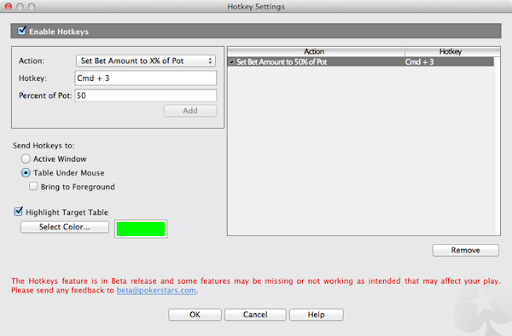 Reflection on the PokerStars Update that Broke Poker Copilot

As is now clear, PokerStars released an update on Saturday that broke Poker Copilot. Fortunately I was able to quickly release an update that fixed the problem. (Download Poker Copilot 2.101 here if you are still affected by the problem).

I woke up on Saturday morning and checked my emails before getting out of bed. Bad habit, I know. My Poker Copilot inbox was overflowing so I knew something was afoot. I read the first few messages and they were all variations of this:

“help! after the PokerStars update, my HUD is not working!”

Okay, I thought…let’s do this right. Shower first and have some breakfast – including a nice strong café con leche. I had a suspicion of what the problem might be, due to something I had encountered and fixed for the new PokerStarsDK (Denmark-specific PokerStars) a few days earlier.

Before doing any coding and answering any emails, I read through all the emails and the Poker Copilot discussion forum. I have some clever users who often work out the problems for me. And there it was: a clever user indeed posting as ‘nerd’ had found the problem: a slight change to the first line of each PokerStars hand in the hand history file.

I had already fixed this in the latest unofficial Poker Copilot release. I updated PokerStars, tested it with Poker Copilot, and found it worked as expected, so I could simply make the unreleased 2.101 update the official update.

However there was another problem: a flaw in Poker Copilot’s ‘auto-detection of updates’ code. It thinks that 2.101 is an earlier release than 2.99, because mathematically, 2.101 < 2.99. So nobody is being automatically informed that there is an update. This means that I've received a steady flow of emails reporting the problem. I've been doing a lot of 'copy & paste' emailing.

The variety of tone in the emails is fascinating. A few are slightly panicking. One or two people are rather demanding, some are apologetic as if it is their fault, others admit they’ve become addicted to playing with the HUD. Most people are warm and civil.

Secretly I like these emergency problems. They are highly motivating and they give me a chance to demonstrate speedy support. In the first year or so of Poker Copilot these situations happened often and I always seemed to have a uptick in sales afterwards.

This fixes a problem caused by today’s PokerStars update.

This was supposed to be version 3 but PokerStars forced my hand.

Unfortunately existing updates of Poker Copilot will mistakenly not recognise this new update’s availability, so please don’t wait for Poker Copilot to tell you to update.

The Poker Copilot website is now available in French. See it here. If you are a native French speaker, your feedback is welcome. Some of the poker terms may need modification.

A few things I’ve learnt from the French and Spanish translations:

As I wrote yesterday, the Poker Copilot website is now available in Spanish. The translation was performed by Monica at Liquidlanguage, and she’ll happily take enquiries for translation projects from English to Spanish. Contact: monica@liquidlangue.com

A friend and professional translator translated the Poker Copilot website into Spanish. See it here. If you are a native Spanish speaker, your feedback is welcome. Some of the poker terms may need a small tweak as the translator is not a poker player.

If you are playing on PokerStars in Denmark, you’ll need this Poker Copilot update. Thanks to loyal Poker Copilot customer Steen for helping me with this fix.

This update includes all the currently unreleased recent improvements. It also works on Mac OS X 10.5 (Leopard). In the next few days I’ll be officially releasing this update as Poker Copilot 3. This will be a free upgrade for all existing customers.