And I Thought _I_ Got Some Difficult Support Requests

Carbon Poker doesn’t seem to be working (for me and for some others) with OS X Mountain Lion. A person experiencing this problem is taking it pretty badly:

I have the same problem.

If its not fixed in under 48 hours, I think I’m going to have to commit suicide.

That seems borderline excessive, but we’re working on it.

I assume everyone is being tongue-in-cheek.

Mountain Lion and Poker Copilot get along well 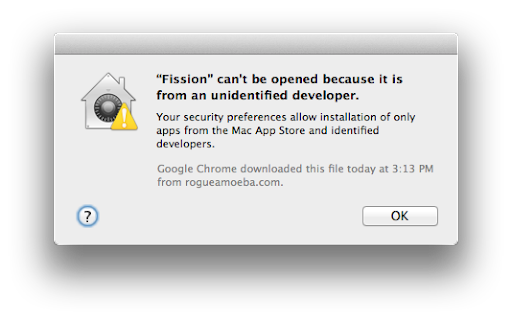 There are work-arounds; if you encounter software like this, you can either: 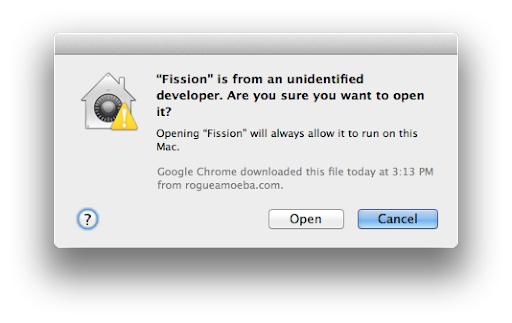 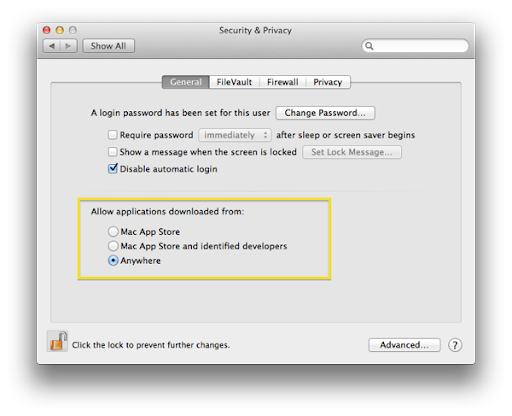 Today Apple is releasing OS X 10.8, also known as OS X Mountain Lion. This introduces a new technology called Gatekeeper. By default it prevents many applications for being installed, unless the applications have met some standards for ensuring they can’t easily be hacked to contain malicious code.

Today’s update meets the requirements for Mountain Lion and Gatekeeper.

Poker Copilot will prompt to be updated when you start it up. Alternatively you can update manually:

A friend of mine started using Poker Copilot recently. At first she found the statistics mystifying, so here’s the advice I’d give her – and others. Agree with me? Disagree? Add you opinion in the comments.

When you start using Poker Copilot, the statistics can be confusing. Here’s how to make sense of the “big three” statistics:

The first thing you should do with Poker Copilot is evaluate your own playing style using these statistics.

This measures how often you voluntarily invested money into a hand. Paying the big blind, the small blind, or the ante is not considered voluntary. Therefore this percentage indicates how often you called, bet, or raised. The lower this value, the tighter your hand selection is. The higher, the looser.

What is a good VPIP range?

Now the more complicated answer: it depends a lot. If you are still learning to play good poker, then you should be very selective in which hands you play, so your VPIP might acceptably be a tad lower than 15%. The less people on the table, the more hands you can play. If you are on a table full of ultratight players, you can also loosen up. An experienced player who understands the subtleties of the game can get away with a VPIP between 20% and 27%.

Limping is for losers.

Your PFR has a possible range of 0% to the value of your VPIP. e.g. if your VPIP is 20%, then your PFR can’t be higher than 20%. Ideally it should be a little lower than your VPIP, but not much lower.

Poor players and beginners tend to timidly fold or call preflop. Good players tend to fold or raise preflop, especially if no other players have yet raised.

What is a good PFR range?

Between 2% and 3% lower than VPIP. If your VPIP is 15%, PFR should be about 12%. These two numbers in combination, indicate that you are only playing quality hole cards, and you are predominantly raising with them pre-flop. In other words, you are playing how most poker books and poker forums say you should play.

Agg indicates how aggressively you play post-flop. The higher this number, the more aggressively you are playing. This must be interpreted in combination with VPIP. Players who see very few flops will naturally tend to have a higher aggression percentage because they are only playing top-quality hole cards.

What is a good Agg range?

50% to 60% is ideal , assuming that you have a VPIP of 15% to 20%. Much higher, and you are probably overplaying speculative hands and bad hands. Leave the bluffing for the movies and for live play. Much lower and you are not playing your good hands strongly post-flop.

These are among the best online poker forums:

Coming in the Next Update: Resizeable Hand Replayer

Up till now Poker Copilot’s hand replayer has always been at a fixed size. The next update will allow you to resize the replayer. Instead of this:

You can have this: 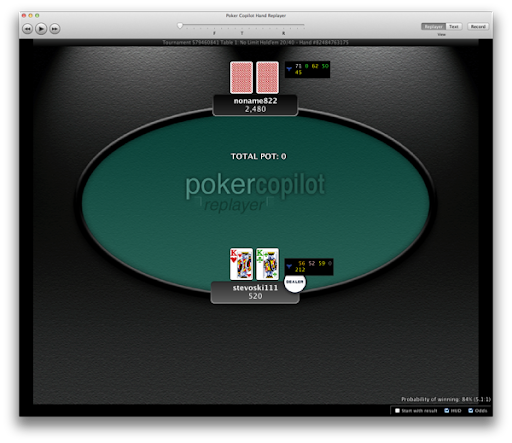 I’ll state clearly now that this is not perfect. The cards don’t scale well, as the card graphics I have are intended to be used at a pretty small size. At a large size they look like they are from an 80’s video game. I looked around the Internet for some free scaleable playing card graphics, but the ones I found were not suitable. They look good when large, but have to

o much detail when small. If you know of some good, free, playing card graphics I can use for the replayer please do let me know.