Some Poker Copilot users, new and old, have been having Poker Copilot consistently crashing on them, and not offering the chance to recover from this.

I’ve managed to trace this problem to an Apple issue. I’ve reported it to Apple developer support. Apple’s developer support tends to be first-rate and fast, so I hope to have a solution soon.

My apologies for anyone this is affecting. I’ll post a work-around as soon as I have one.

How you can tell if this affects you

When you run Poker Copilot, it will show you this message:

The bold text will always say, “Cannot launch Java application“. The lighter text may be different for you.

Poker Copilot 2.91 lost the Head-up Display (HUD) for some people. As far as I could determine, this was limited to PokerStars players with PowerPC Macs. It’s been roughly four years since Apple last produced PowerPC Macs – now they use Intel chips – so fortunately this didn’t affect too many people.

This problem is fixed in Poker Copilot 2.92, the current update.

Many thanks to loyal Poker Copilot customer Christophe who went above and beyond in helping me find and fix the problem. As I’m on holiday on a Caribbean island, his help was even more appreciated.

You only need to get this update if you have a PowerPC Mac.

And now I can relax a little more, Caribbean-style. Where’d my rum-heavy cocktail go? Ah, there it is. 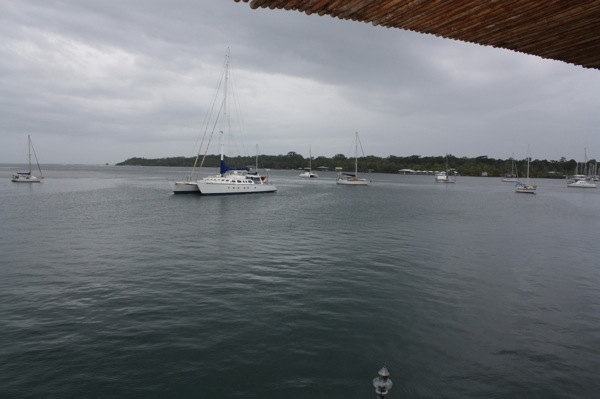 Some people are having problems with PokerStars on Poker Copilot 2.91. I’m working on this, with the help of some patient Poker Copiloy customers. However I’m somewhat hampered at being able to solve this as quickly as I want, as I’m doing this in between some international flights. Not ideal, I know, and I appreciate your patience.

In the meantime, if this problem affects you, I recommend getting the last good update of Poker Copilot, 2.90. You can download it with this link:

“Too many choices” is a favourite theme of mine.

I’m spending the next few weeks in Central America and wanted to brush up my Spanish by doing some more Pimsleur audio Spanish lessons. On the iTunes store I did a search for “pimsleur spanish”: 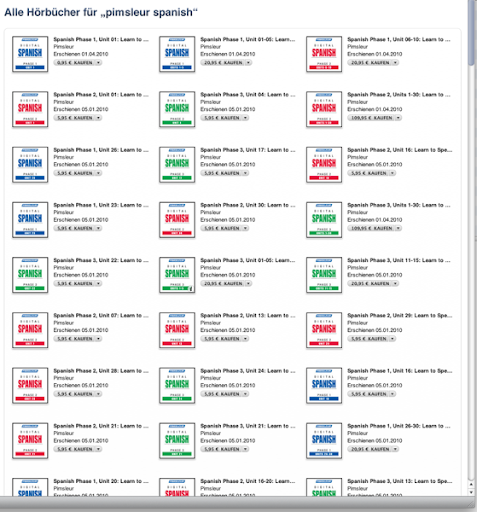 Notice the scroll bar: there were roughly 200 matches, and they all look vaguely the same. I think I bought the right one for me, but I’ve got this lingering doubt that I chose poorly. Apparently this is a common reaction when given too many similar options to choose from.

I got myself a developer preview version of Mac OS X Lion. Poker Copilot works fully on Lion. There is a little bit of explaining to do about it, but for fear of breaching the Apple non-disclosure policy of unreleased products, I’ll not mention that for now. As soon as Lion is officially released, I’ll post some clarification notes.

Long-term Bug Tracked Down and Fixed?

It’s a sweet, sweet feeling. Occasionally a certain problem is reported. I’m never able to reproduce it or get enough information to find the cause. Then, after weeks, months, or even a year or two, I finally track it down.

Today I believe I’ve eliminated such a problem. Until today. It turns out that if you have some tournament summaries that Poker Copilot has not imported yet, but NO hand history files remaining to be imported AND you have no play money hands in your Poker Copilot database, then when you start up Poker Copilot, it will crash.

The fix for this will be in the next Poker Copilot update.