This screenshot reveals what we’re currently working on:

Some answers to anticipated questions:

To all blog readers and Poker Copilot supporters,

I’ll be in Denver and Las Vegas in the first half of October 2013. Want to meet the owner of Poker Copilot? Know of a fun event or house game happening? Let me know via email (steve@pokercopilot.com) and we’ll make it happen.

<!– This update needs to update your database. –>

I won a 3-max tournament on the first hand

Winamax has a new 3-max turbo Sit & Go tournament format they call “Espresso”. I played one today and won on the first hand. Watch my 30-second tournament victory here:

According to this blog post in The Economist, exercise is the best way to improve your cognitive functions:

…exercise is number one, diet number two and then social interaction. These are the important things for brain function….

So take a daily break from your multi-tabling, go for a walk, swim, bike ride, or jog, and then return to clean up the fish on the poker tables.

Coming in the Next Update: Edit player notes in the replayer

The next update of Poker Copilot adds the ability to view and edit notes in the hand replayer: 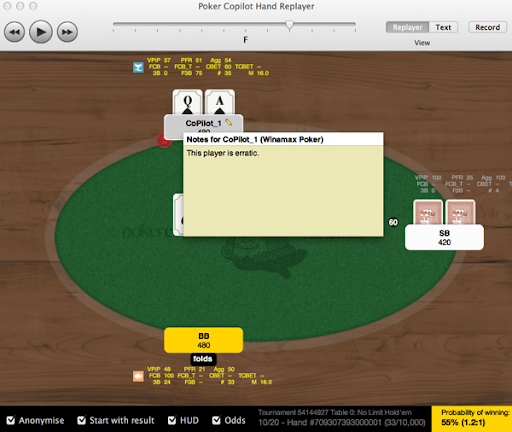 Click with the mouse on a player’s panel to get the “Player Notes…” menu option. If a player has a note, you’ll see a small pencil icon next to the player’s name, as with CoPilot_1 in the screenshot above.

Working on My Business from a Boat

For all of last week, I ran my one-person company, Poker Copilot, from a boat, while I sailed in the Adriatic Sea.

A friend of mine had a week’s free access to a 41 foot cruising yacht in Croatia. At very short notice he asked me if I wanted to join. The only major expense would be the last-minute peak season airfare from my home in Barcelona to Dubrovnik. My answer: “Hell, yeah!” 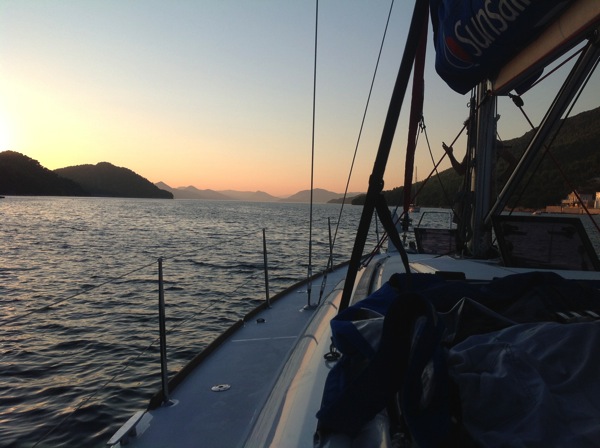 But there was a problem. I’m running a one-person software business. And no matter where I go for holidays, I like to spend at least an hour a day answering customer emails, making sure the discussion forum has no unanswered messages, analysing any crash reports, and responding to issue reports. And I was going to be on a boat for a week. As it turned out, the problem was solvable.

The first issue was Internet connectivity. Croatian Telecom sells a prepaid SIM card package aimed at tourists for €7. Load up some credit, and a daily 3G unlimited data connection cost only €1.50 per a day. We were within good 3G range almost the entire time. I used my iPhone as a “personal hotspot”, aka tethering, and could work on my MacBook Pro from the boat, while at sea. The bandwidth wasn’t good enough for big uploads, but it was great for emails and surfing.

The second issue was power. For the whole week we never docked where there was AC power for the boat, so we had to rely on the boat’s battery. That meant I couldn’t recharge my MacBook Pro, which requires mains power. Mindful of this, I  rationed the computer’s power over the week. This meant that I couldn’t do any programming, as that rapidly drains the battery. Astonishingly, with careful usage, the battery lasted all week. If desperate I could have taken the computer to shore in any of numerous small harbour villages and charged it. 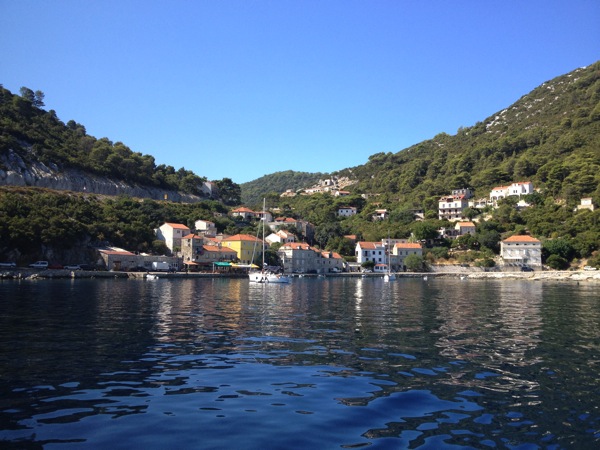 I wish I could describe how blissful it is to start the day by waking up on a yacht, having a coffee and some breakfast, then diving straight off the yacht into the clear and calm Croatian waters. And to be able to run a business at the same time? Superb.

<!– This update needs to update your database. –>