Sounds like a bot right? PokerStars sent a human to verify that it was really a human playing 120 tables at once, or roughly two hands per second A fascinating read.

Who Can Fix BlazingStars?

The latest PokerStars update added some nice new functionality. An unfortunate side-effect is that BlazingStars, the free, open-source poker auto-hotkey program for Mac OS X broke. I’d like to do what I can to fix it but I’d be overcommitting myself. Can you help? You’ll be doing the Mac OS X poker community a favour. You’ll need to know a bit of Objective-C.

I suspect fixing the problem involves simply working out the new co-ordinates of buttons on the screen. Here’s what you need to do to activate this: 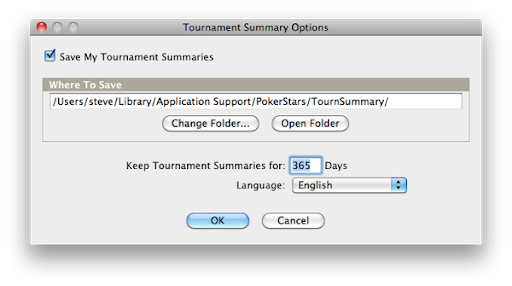 Unfortunately Poker Copilot needs a small alteration to be able to read these files. That’s because – at least on my computer – the tournament summaries have a strange hidden character (ASCII #16) at the beginning of the first line.

The next Poker Copilot update will work with these files.

Frequent updates, each containing only a couple of updates? Or infrequent updates with lots of changes? These are the choices I have for Poker Copilot updates.

Updating frequently is safer. When an update has a problem, it is easy to track down the problem. I can fully resolve issues from customer feedback before progressing. It keeps the software running well. But it puts a burden on the users of Poker Copilot. They have to update often, which can be somewhat annoying. Sometimes when you start up a piece of software you simply want to use it. Not to go through the update process first.

Frequent updates lead to a new class of support problems: not everybody updates. So I end up with customers running many different updates at once. Before I can analyse any problem I need to ascertain what update the person with the problem is using.

Infrequent updates reduce the burden on the customer. They have to update less frequently. When they do get the chance to update, it is usually worthwhile because there are many improvements. But many changes at once in the software make new problems difficult to diagnose. The changes can magnify problems through combinations of bugs that eluded testing. This is a bad result for everybody: me as the Poker Copilot developer, and customers.

Neither situation is ideal. ﻿I’ve weighed up the advantages and disadvantages. I’m leaning towards continuing with small and frequent ﻿updates.

A Poker Copilot product page on AlternativeTo.net is here: ﻿http://alternativeto.net/software/poker-copilot/

I’ve arrived in Beirut, where Poker Copilot will be based for a while. Now that I staying in one city, things have started moving again for the next Poker Copilot update.

It’s great to be once more in a country where the web is uncensored. YouTube, FaceBook, BlogSpot: these, amongst others, were all theoretically inaccessible in neighbouring Syria. Many locals seemed to have no problem getting around these restrictions.

Are you in Beirut or passing through sometime soon? Make sure to let me know so we can have a Poker Copilot meet-up, and perhaps a friendly poker night. 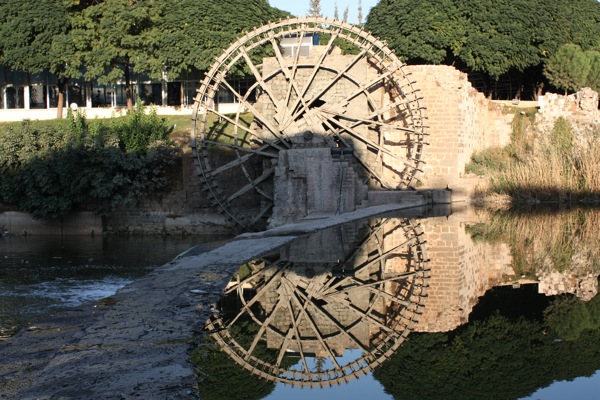 First: the last few days I’ve had limited access to the Internet. So many apologies if you have been waiting for an answer to an email you sent. I hope to take care of all the emails in my inbox today.

Second: why did I have limited Internet? I’m travelling slowly towards my winter destination of Beirut, Lebanon. I spent a few days in the autonomous (and very safe) Iraqi province of Kurdistan. Nice people, nice food, but lousy Internet.

I miss your news! Hope you’re doing well under the lebanese sunshine!

I’m not yet in Lebanon but very close. I’m in Aleppo, Syria, a very ancient city. It is one of the oldest continuously inhabited cities in the world. Sometime in the next few days I’ll arrive in Beirut, where I’ll settle for some weeks or months. During that time I’ll aim to release some Poker Copilot updates.

On the road I’ve also found some time to work on Poker Copilot. The next update will deal with a common problem for UB/Absolute Poker players – you’ll be able to easily override the table size if Poker Copilot if it incorrectly determines the table size. This should sort out the issues where the HUD layout is sometimes incorrect.

I’ve also been working on an experimental application programming interface (API). The API will allow anyone with a bit of programming knowledge to work with the Poker Copilot data in various ways. It will even give you all the real-time data you need to create your own alternative HUD! The language-agnostic API is accessed via HTTP web services.