2013 marked five years since I launched Poker Copilot 1. In 2013 Poker Copilot’s gross sales grew and net profit remained steady. I released Poker Copilot 4 as a paid update. I outsourced customer support on a regular basis. I tried paid advertising and failed to make it pay off. I tried to “capture customer surplus”. I re-started work on SeeingStars, a companion product for Poker Copilot. And best of all, I travelled to 20-something countries while doing this.

I released Poker Copilot 4 in July after working on it for some months. The upgrade didn’t go as smoothly as I hope; there were some major problems in Poker Copilot 4.00, but over the subsequent months I addressed the problems one-by-one, with the help of some patient and loyal customers. Now we are up to Poker Copilot 4.21, a stable, fast, reliable product.

For the first time, I paid to advertise Poker Copilot. I tried two channels, one being a site dedicated to online poker, the other being the well-known two+two poker online forums, where I paid for a support thread. Both channels led to a dollar amount of sales more or less equal to the cost of advertising. After some months I decided not to continue with either approach. If the advertising wasn’t resulting in a clear profit, it seemed pointless. As in the past I rely on word-of-mouth and Google search results leading people to discover Poker Copilot.

I’ve always been reluctant to let anyone else do customer support. I like to be close to my customers, to personally feel the cadence of support emails and feature requests. I also partly suffer from a “no-one can do it the way I want it done” attitude. In mid 2013 I overcame those views and trialled paying someone an hour per day to answer customer emails for me. And it worked well. Really well. So I’m kicking myself; I could have done this years ago.

To some degree, my customer support person does a better job than I do, because she can respond in French, Italian, Spanish, English, and even Russian. As most of Poker Copilot’s customers are in Europe, this is a very good thing. We’re use a nice web-based help-desk application called Snappy that allows us to share the support email inbox. It lets me monitor the support load. Oh, I can still exercise my megalomania and check up regularly on how the emails are being answered.

(By the way, if you are looking for a multi-lingual customer support person for your software to work on a freelance basis, let me know – I’d highly recommend her to you.)

Sales up 30%, almost back to pre-black Friday levels

This is happy news. Online poker’s “Black Friday” in 2011 led to a nasty, dramatic, instant, drop in sales for Poker Copilot, and most likely for all similar software. 2013 seemed to mark a turning point, and sales are now rather healthy. Although gross sales are up, my net profit remained static compared to 2012, due to trying advertising, spending some money on website redesigns, and outsourcing customer support. Poker Copilot remains my main income stream.

You know how you can fly with an airline for $100, while the person next to you is paying $200? People who pontificate about such things call that “capturing customer surplus”. The Internet tells me that “consumer surplus is derived whenever the price a consumer actually pays is less than they are prepared to pay”. I thought I’d give “capturing customer surplus” a try. I added Omaha support to Poker Copilot, and charged an extra US$20 for it. So now you can buy Poker Copilot, or for a little bit more, you can buy Poker Copilot with Omaha. This has worked well, and I’ll continue doing it. My only hesitation is that it complicates the purchase page somewhat.

Poker Copilot 4 didn’t come for free for most users. Poker Copilot 3 was offered as a free upgrade to all previous customers, but I thought it was time to recompense myself for the time working on a major upgrade. I spent some months working on Poker Copilot 4, in the office, in my friends’ apartment in Australia where I spent some months escaping the European winter, in hotel rooms in Malaysia, Indonesia, and some lesser known travel destinations. This worked well. Many people upgraded, and people continue to do so. Anyone who had purchased Poker Copilot 3 in the previous ten months received a free upgrade to version 4. When version 5 comes along it will be the same deal: 40% of the full price to upgrade, but completely free for anyone who purchased Poker Copilot in the previous 12 months.

In 2012 I started work on a product called SeeingStars. It shows real-time odds for PokerStars hands. I got it mostly working for heads-up but then suffered a serious lack of motivation. That happens when you are self-employed; sometimes it is just too hard to keep working on a long-term task. So the product got shelved.

In late 2013, I relaunched my efforts on SeeingStars, and SeeingStars is now available in beta. Try it out and send us feedback. There are still a few rough points, but before making it perfect I want to get more feedback from people about what’s missing, what’s unexpected, and what’s right.

I vastly underestimated the work involved in developing and launching a new product. I forgot Hofstadter’s Law:

Twice I’ve missed recent self-imposed deadlines for fully releasing SeeingStars. Now it is available (in beta), it works, and you can buy it. 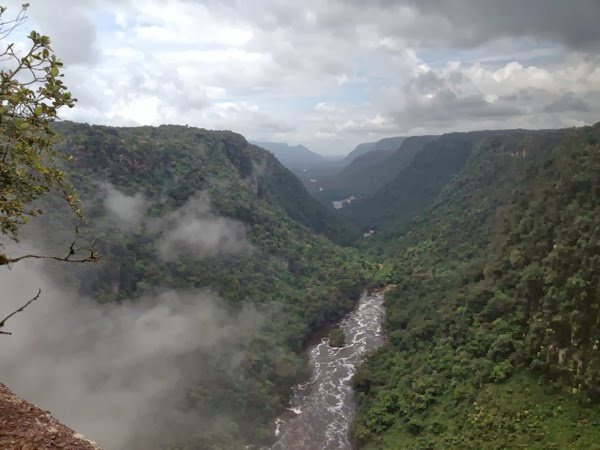 Finally, I reached a personal goal I’ve been aiming at for many years. I travelled to my 100th different country. Poker Copilot gives me the freedom to travel often, and I use that freedom. Since going full-time with Poker Copilot, I’ve spent a significant amount of each year on the road or abroad.

In 2013 I went to South-East Asia, Australia, Europe (where I live), and a whole bunch of tiny Caribbean nations. I spent a week on a yacht with a friend sailing around Croatian islands. I think the highlight was flying over the jungle in Guyana in a 14-seat plane to see inland Amazonian waterfalls.