What is a Squeeze Bet?

A squeeze bet occurs when you re-raise pre-flop when another player has already called the raise. You are “squeezing” the calling player out of the hand.

There are two basic reasons why we use a squeeze bet in poker. I will go into detail about them both and why the squeeze bet is an effective tool in today’s games.

We have a premium hand. This is a pretty simple concept. A player open-raises and another calls behind him. We show up with a hand like KK. 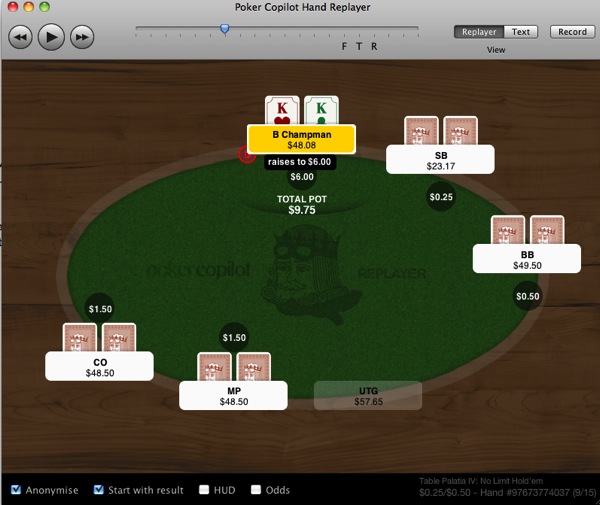 Let’s talk sizing briefly. The standard is to raise an extra 3BBs for every call. So if we 3bet a standard 3x sizing of a 3x open (9BBs), with a squeeze bet with one caller we would raise 12BBs. with two callers 15BBs, etc…

Out of position, we have the option of going a little bigger, by maybe one or two BBs. Raising bigger out of position is standard for the sake of representing strength to make up for our lack of positional advantage.

The other reason we squeeze bet is to take down the pot pre-flop with a hand that does not do as well against the villain’s ranges or as a pure bluff. For example, we can squeeze a hand that doesn’t play that well out of position, such as AQ, which will help define our opening villain’s range, thus making it easier to play him out of position. On the other hand, we can squeeze a much weaker hand such as 8T suited as a bluff, so when we get called, we can get away from it easily when we flop weak, or potentially when a big hand when we flop a monster. 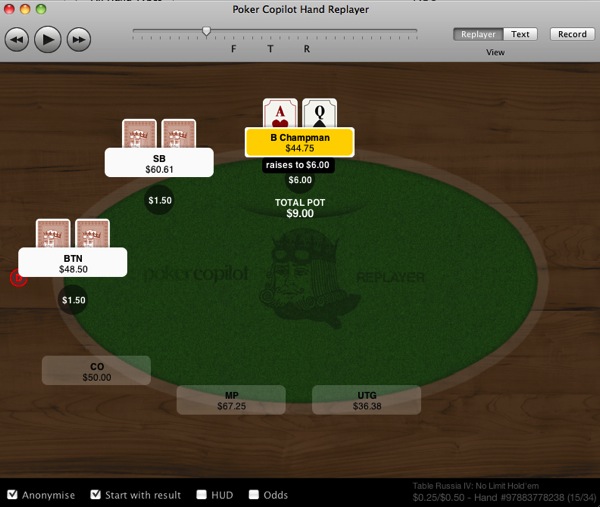 Although I am not looking to get it in pre-flop in the above example with AQ offsuit, I am still far ahead of the villains’ opening and calling ranges from the button and small blind respectively. The small blinds call can essentially be considered dead money, especially if he is a fish, due to how wide his range will be here. Having position on him makes this a much stronger player as well.

This leads us to another reason for squeeze betting. When the caller in the hand is a fish, we can squeeze wider for value. If we know the opener is a regular that will be folding a lot to our raise, we can effectively squeeze a range of hands that is weighted towards value versus the range of the fish. We expect him to call more often, and with a wider range of hands, so squeeze betting is a good way of pushing out the regulars and getting heads up in a pot with a weak opponent.

The next two pictures demonstrate using a squeeze bet in this way. We isolate the fish and win a decent sized pot at showdown. Had we just called, we would have likely been pushed out of the hand on the flop, possibly even by worse hands by the regular. 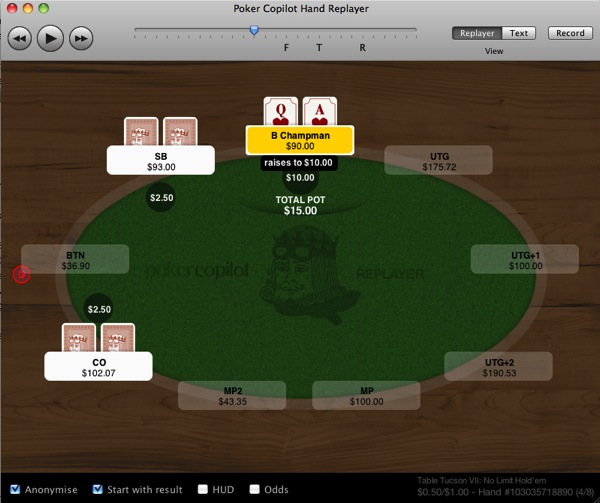 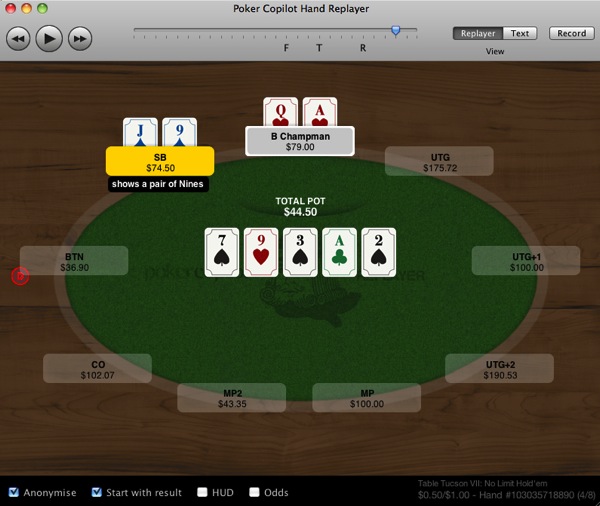