I write Poker Copilot in Java. Java doesn’t have a nice font chooser. There are a couple of free substandard ones available on the web. I’ve been using one supplied with JFreeChart, the open source java charting library that I use in Poker Copilot. It is good enough, and gets the job done, but the source code includes comments that state that it is a “barely good-enough” solution. Here’s what it looks like: 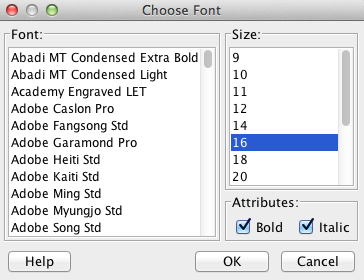 The “Help” button doesn’t do anything. The list of fonts always initially displays the first options, rather than the currently selection option. There is no preview. It wasn’t using Poker Copilot’s translations. 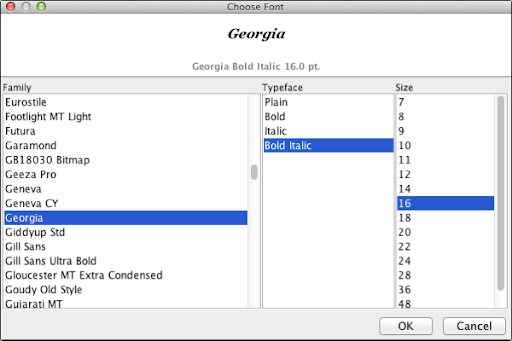 It is better and more usable, although I’d still rather be able to use the native font chooser. And yes, this does now allow you to choose 7 point fonts.

Addendum: You really wouldn’t want to use Georgia Bold Italic 16.0 point as your HUD font…