Coming in the next update: HUD in the PokerStars Hand Replayer

Loyal Poker Copilot customer Jon pointed out something I had never realised: until a recent update of Poker Copilot, it was adding HUD stats to the PokerStars hand replayer.

This accidental feature has now been reinstated as an official feature. 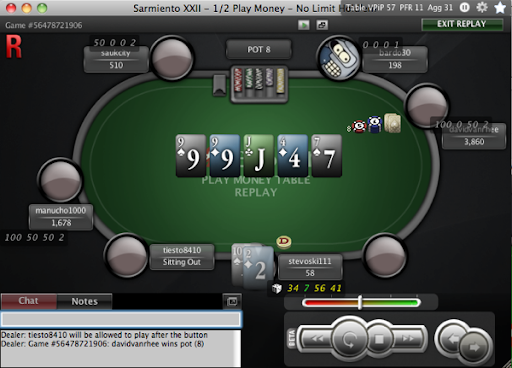 This feature relies on an observation that the hand replayer always has an aspect ratio of nearly 1.45:1, once you remove the window title bar from the calculations. If this doesn’t hold for all table themes, or is changed in the future by PokerStars, then the feature will break. Such is the nature of hooking into third-party applications on an ad-hoc, informal basis. They change; your software breaks.